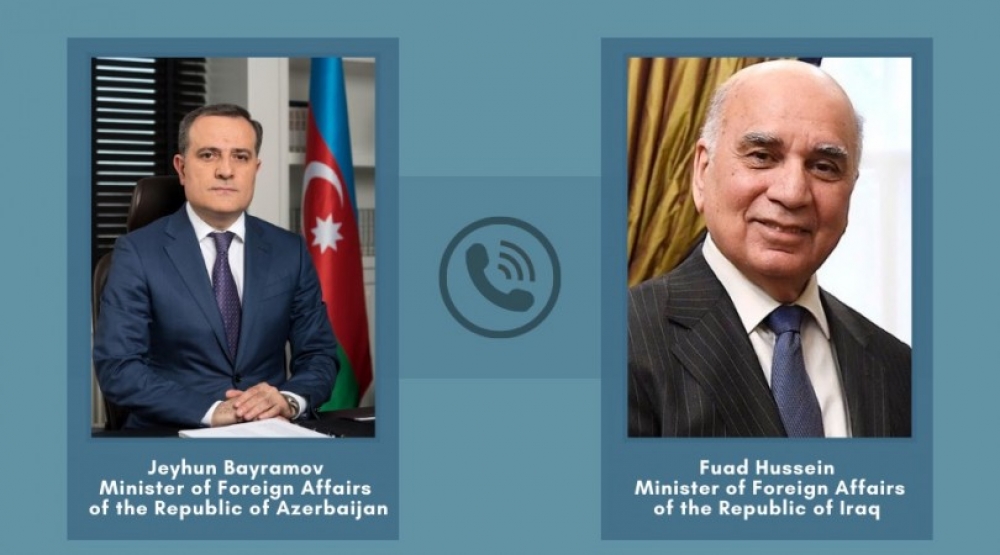 Azerbaijan`s Foreign Minister Jeyhun Bayramov has had a telephone conversation with his Iraqi counterpart Fuad Hussein.

Minister Fuad Hussein stressed the importance of decreasing tensions in the region and inquired about the current situation.

FM Jeyhun Bayramov brought to the attention of the other side that on 27 September, 2020, the Armed Forces of the Republic of Azerbaijan carried out counter-offensive measures in response to the new aggression against Azerbaijan by the armed forces of Armenia, using large-caliber weapons, mortar launchers and artillery. The Foreign Minister of Iraq has been informed that Armenia once again grossly violated international humanitarian law, shelled the Azerbaijani civilian population and infrastructure, which resulted in casualties among the civilian population. It was also noted that it is necessary to implement the decisions and resolutions adopted by international organizations, primarily the UN Security Council resolutions in order to achieve lasting peace and security.

Previous Azerbaijan to boost ties with Portugal
Next President Ilham Aliyev: If you are a mediator you have to be neutral