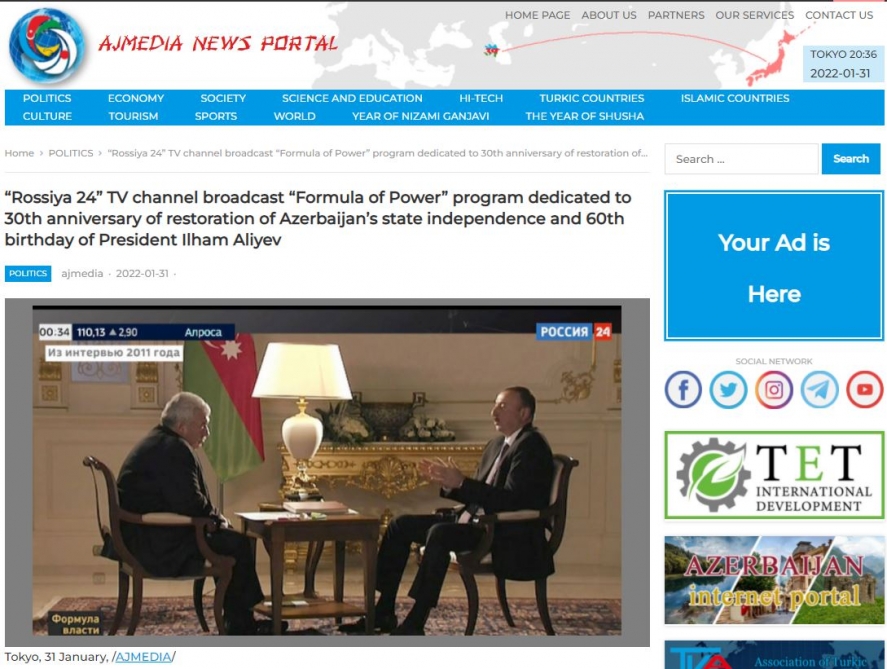 The Japanese AJmedia news portal has posted an article highlighting the text of the “Formula of Power” program by Mikhail Gusman, First Deputy Director General of TASS, dedicated to the 30th anniversary of the restoration of Azerbaijan’s state independence and the 60th birthday of President of Azerbaijan Ilham Aliyev.

The program highlighted a number of fateful issues related to the domestic and foreign policies of Azerbaijan.

The article quoted Mikhail Gusman, hailing international projects initiated by Azerbaijan: ”On 14 September 2017, a new agreement was signed in Baku on the joint development of the Azeri, Chirag and Gunashli fields. More than $36 billion has been invested in this project. 500 million tons of oil has been produced. Azerbaijan is implementing additional regional projects. Thanks to the East-West, North-South and North-West transport corridors, the country has become one of the main transport and logistical centers in Eurasia.”

“All transport and communication projects in Azerbaijan have been practically completed. The establishment of the transport and logistical infrastructure has been completed,” President Ilham Aliyev said.

He also hailed President Ilham Aliyev’s role in the achievements of the country.