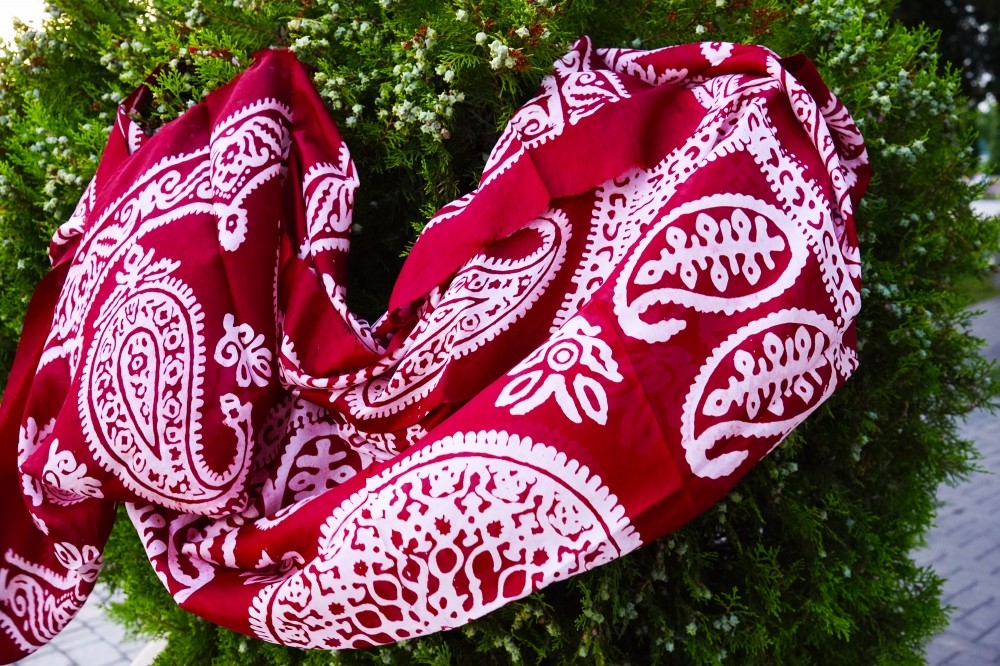 The legacy of the Silk Road is still visible in the picturesque village of Basgal, which is the home of Azerbaijani kelaghayi making.

As a keepsake and fashion accessory, kelaghayi is also very popular today among guests who visit Azerbaijan.

Traditionally worn by Azerbaijani women, kelaghayis are exquisite silk headscarves with patterns made using the batik technique – a method of stamping on hot wax to prevent the dye from colouring the fabric.

In the past, silk weaving and kelaghayi making were practised at every household in the village, yet these crafts found themselves on the verge of disappearance by the end of the Soviet period.

Rooted in traditions found along the Great Silk Road, the art of Kelaghayi is concentrated in two locations in Azerbaijan: the historic Silk Road city of Sheki and the Basgal settlement of Ismayilli district.

In Azerbaijan, where sericulture and silk-weaving developed since ancient times, silk fabrics were widely used in national clothes.

During the first half of the 19th century, the fame of Basgal silk products went beyond the borders of the country. In 1862, for the first time, Azerbaijani silk was showcased at the International Exhibition in London, where the Basgal weaver Nasir Abdulaziz was honored with a silver medal and a diploma for gentle Kelaghayi and Ganovuz (a very thin bright silk fabric).

The revival began in the early 2000s when a kelaghayi factory was established in Basgal, and today a new generation of designers are being inspired by the headscarf’s symbolism and beauty to modernise it and make it fashionable again.

The village of Basgal, having the status the State Historical and Cultural Reserve, was known for its silk products, even in the 15th century.

Today, “Kelaghayi” Silk Center operates in Basgal, where an interactive museum has been created. Visitors to the museum can not only learn about the history and traditions of kelaghayi, but also watch the manufacturing process and even participate in it.