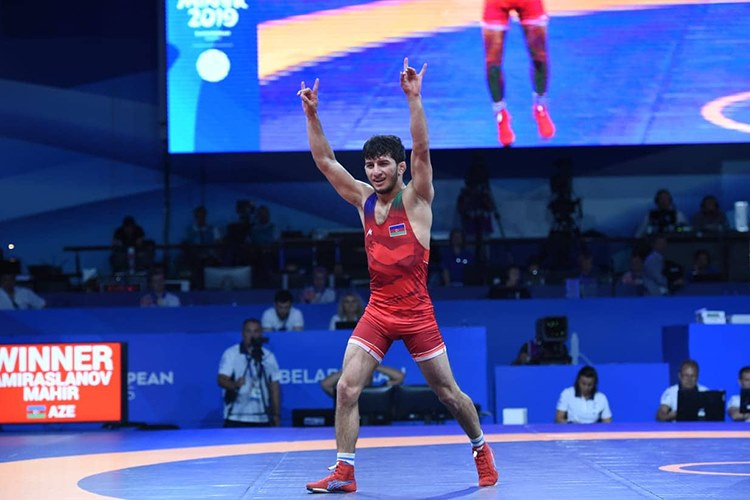 First freestyle wrestler prisers have been identified in the 2nd European Games held in Minsk, the capital of Belarus, APA‘s correspondent reports from Minsk.

Wrestlers who competed for medals in the 57 kg weight category have started their fight.

He has come face to face with Stevan Michać (Serbia).

Azerbaijani sportsman won 9: 1 and became the champion of European Games. He won the first gold medal of the Azerbaijan team at the Second European Games. This medal was the 12th prize of our nation at the Minsk-2019. To date, our athletes have won four silver and seven bronze medals.