Home / Politics / President Ilham Aliyev: Turkish-Azerbaijani unity is unshakable, and we stand by each other in difficult times

President Ilham Aliyev: Turkish-Azerbaijani unity is unshakable, and we stand by each other in difficult times 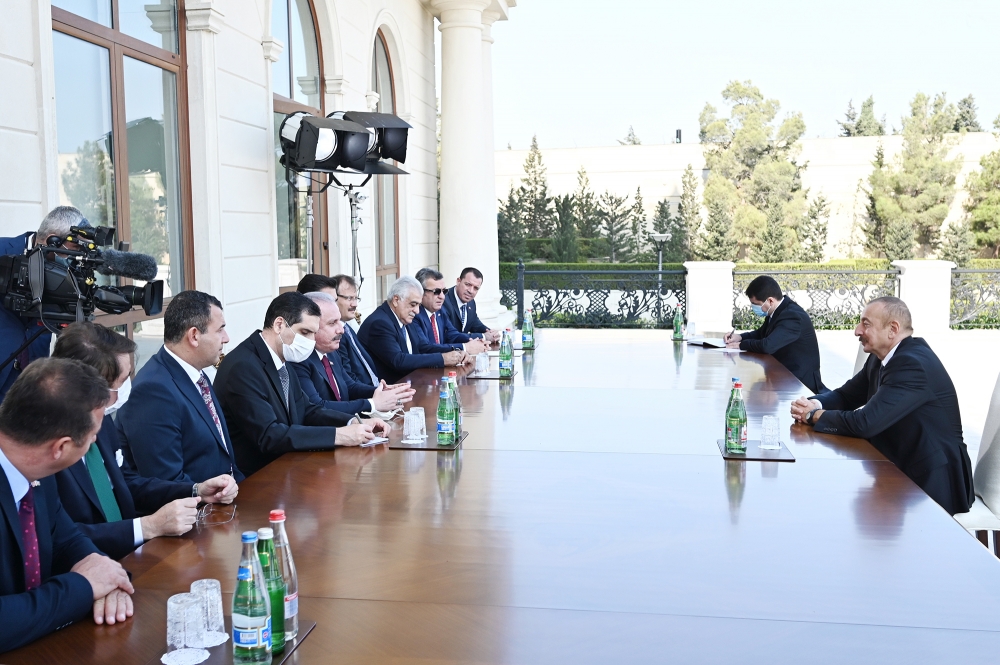 “We have felt the support of Turkey since the start of these events and we feel it today. My dear brother, esteemed President, has made very positive and clear statements. These statements pleased the people of Azerbaijan, showed the whole world that the Turkish-Azerbaijani unity is unshakable, and we stand by each other in difficult times,” said President Ilham Aliyev as he received a delegation led by Speaker of the Grand National Assembly of Turkey Mustafa Sentop.

“If this open position had not been demonstrated, other forces could have intervened. Armenia’s goal is exactly that, they want to expand the geography of this conflict but they are completely wrong. They see that they cannot confront us on their own. We are defeating them on the battlefield. Very good news comes from the front every day. This morning I announced the liberation of more villages. The Azerbaijani Army is on the victory march and all the tasks before us are being fulfilled,” the head of state emphasized.

“The support of the Turkish state and people is of special importance. Turkey and Azerbaijan are the closest countries in the world. It is impossible to find other countries elsewhere in the world that would be so close to each other as Turkey and Azerbaijan. We are always next to each other. It will continue to be the case. The statements of the Turkish Grand National Assembly, your, dear Mr. Speaker statements, the statements of ministers and the letters I receive from ordinary citizens of Turkey are a manifestation of great solidarity,” the Azerbaijani President said.