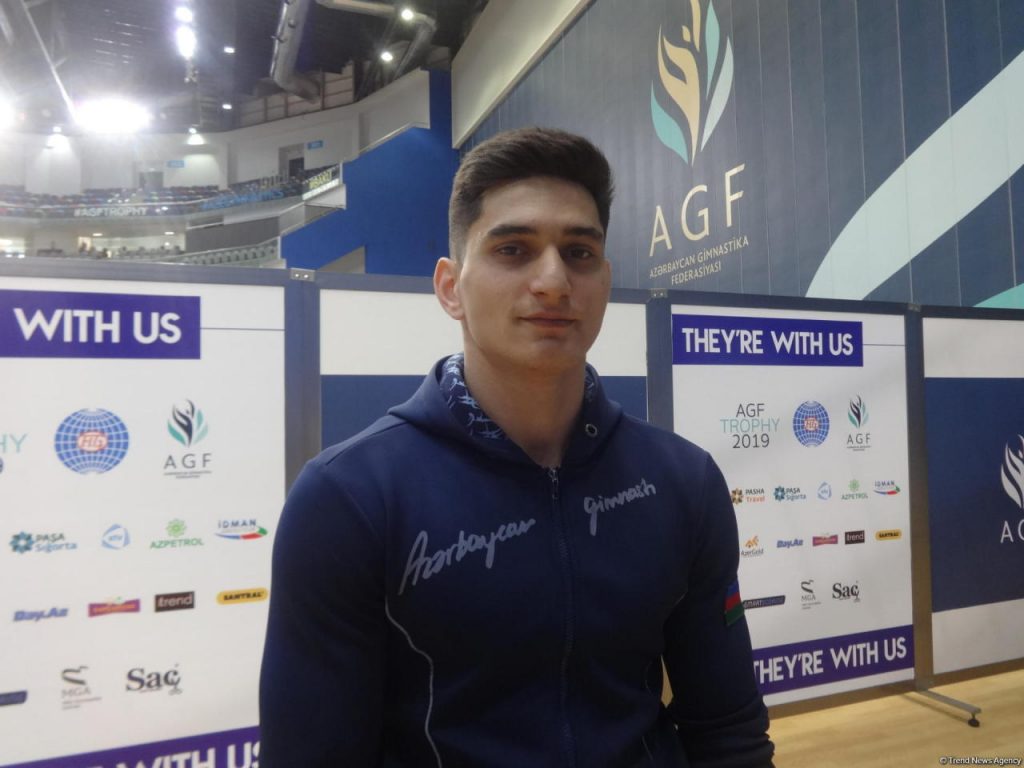 Azerbaijani gymnast Murad Agarzayev expressed satisfaction with his performance during the qualifying competition in the floor exercise on the carpet at the FIG Artistic Gymnastics World Cup among men and women, Trend reports.

“However, I am pleased with the result obtained in the qualification event, I didn’t even expect such a result.”

He noted that he was preparing hard for the World Cup.

“There is very strong competition among athletes at the World Cup,” he added. “Of course, I want to be the first, but many award-winning athletes compete here.”

The gymnast stressed that it is much more difficult to perform in his native arena, because he gets even greater responsibility.

The FIG Artistic Gymnastics Individual Apparatus World Cup is being held at the National Gymnastics Arena in Baku and brings together the strongest gymnasts from 41 countries.

The competition is important for athletes who want to get to the Summer Olympics in Tokyo in 2020.

Qualifications will be held during the first two days of the four-day competition, while the finals during the last two days. The gymnasts who will get the highest points for the performance will be awarded with the traditional AGF Trophy Cup.

The men’s qualification competitions in the floor exercises, parallel bars exercises and rings exercises are being held on the first day.

Women are competing for reaching the final in vault and uneven bars exercises.