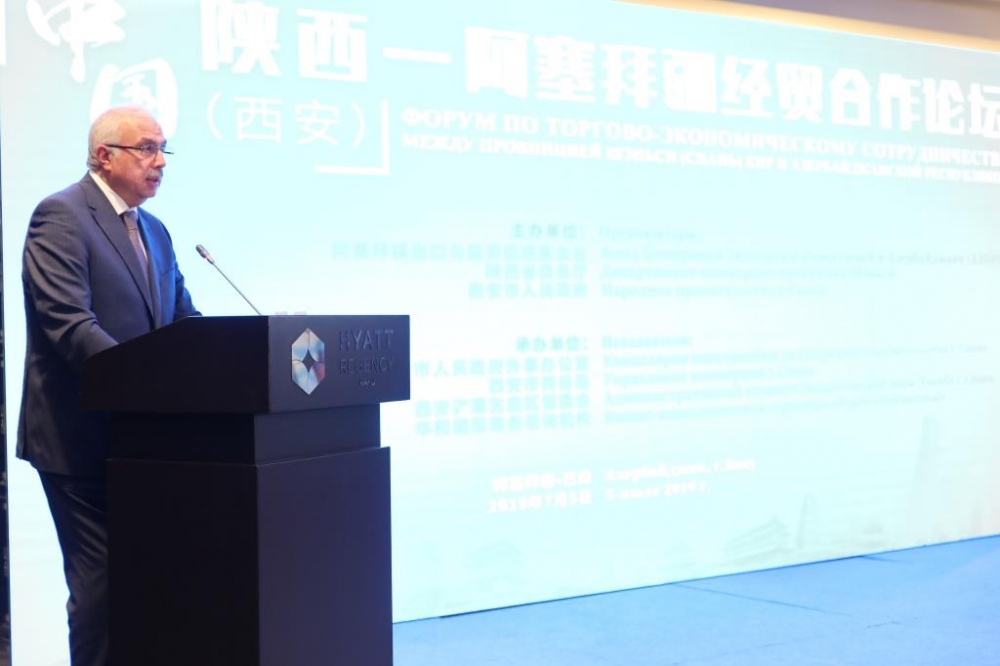 An Azerbaijani-Chinese business forum has been held in Baku, bringing together more than 150 entrepreneurs and officials from both sides.

Speaking at the forum, Azerbaijan’s Deputy Minister of Economy Niyazi Safarov noted a 2.6 percent growth in the bilateral trade between the two countries. “Trade between Azerbaijan and China reached $1.1 billion in the first five months of 2019, which is 2.6 percent more than in the same period of the last year.”

He also highlighted good prospects for developing bilateral cooperation in a variety of areas, including trade, investment, transport and tourism.

The forum saw the signing of three agreements between Azerbaijani and Chinese companies.