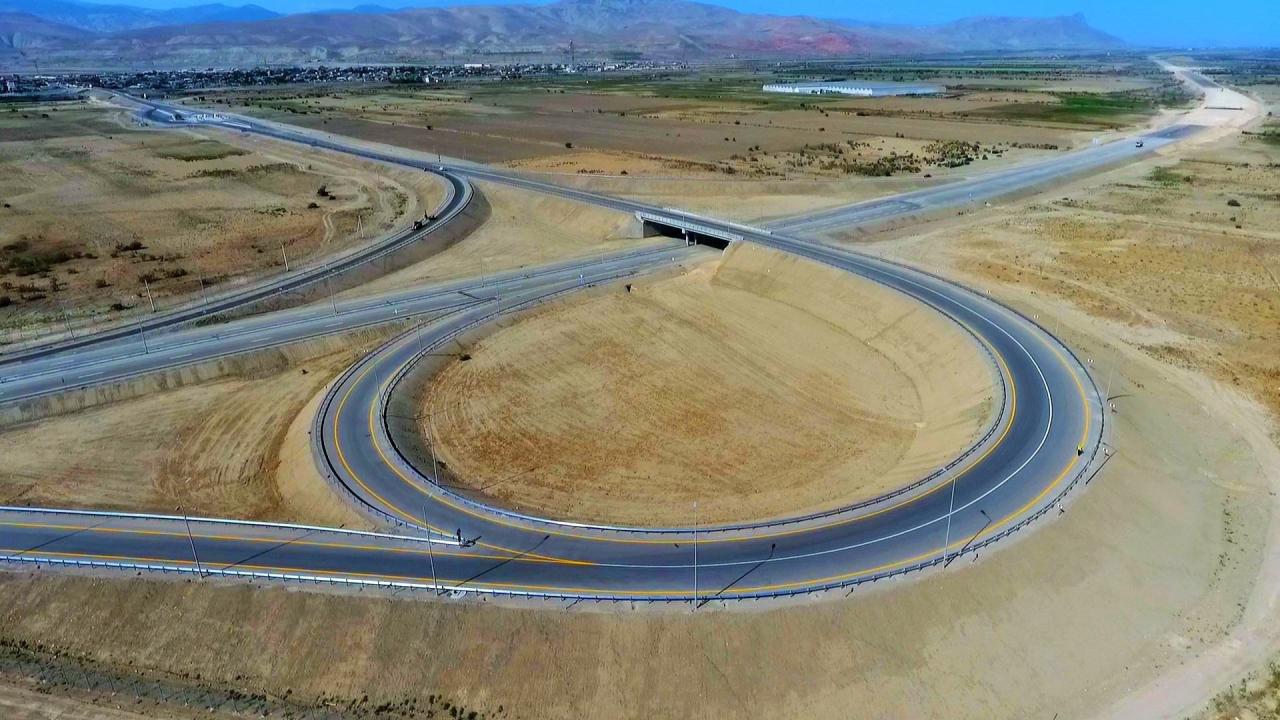 The State Agency of Azerbaijan Automobile Roads is continuing construction of a new M-1 Baku-Guba-Russia state border highway at a fast pace, the agency told Trend.

This road is part of the North-South International Transport Corridor. The M1 highway starts from the Yashma Baghlary settlement.

Construction work on the first section of the toll highway with a length of 30 kilometers, located between the villages of Yashma and Gilazi of the Khizi district, has been completed, noted the state agency.

The first part of the project starts from the 45-th kilometer of the existing M-1 Baku-Guba-Russia state border highway.

Within the framework of the project, two road junctions, one overpass, one bridge over the canal, four underground automobile tunnels were built, 33 rectangular and round concrete pipes of different diameters were laid. Also, within this project, appropriate measures were taken at the intersections with reclamation lines, power lines of different voltages, water, and a gas pipeline of international importance.

A new road starting in the Yashma Baghlary settlement with a length of 150 kilometers is being built.

Currently, construction work continues at the last stage of the section of the new highway, located between the village of Gandob in the Shabran district and the village of Samur in the Gusar district at the intersection with the Russian border. The length of the section, built in the new direction, is 13 kilometers shorter than the existing route and is 58 kilometers. For the remaining three parts, construction work is planned to be completed in the second half of 2021.

In total, along the entire section of the 150-kilometer road, the construction of 39 interchanges and overpasses, 15 hydraulic and canal bridges, 41 inter-settlement underpass of rectangular shape, laying of 514 circular concrete culverts and spare pipes of various diameters, 43 rectangular culverts, 20 cattle passages are nearing completion.

The construction of a new road will give an additional impetus to the development of tourism in the region, playing an important role in the transportation of goods and passengers along the North-South international transport corridor, will create conditions for a wider attraction of goods, including transit goods, increasing their volume and increasing profits , the development of the country’s transport infrastructure, the creation of new jobs, which, in turn, will solve many social issues.