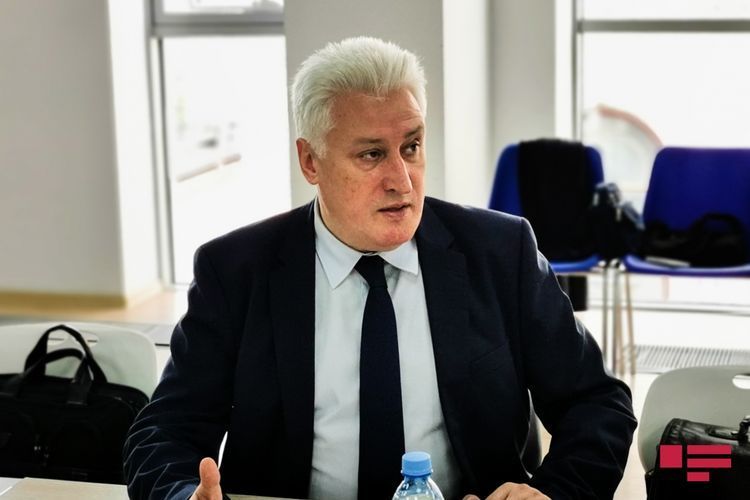 “The relocation of people by Armenia to the Azerbaijani territories being under occupation contradicts with international law. The official Yerevan also understands this well”, said Igor Korotchenko, the Russian military expert, editor-in-chief of the National Defense magazine in his interview with APA’s Moscow correspondent while commenting on the cases of relocation by Armenia of the Armenians from Middle East, Syria and Lebanon to Nagorno Garabagh and adjacent regions being under occupation.

According to him, Armenia doesn’t have any resource for implementation of such projects: “This country has neither financial nor economic resource for realization of such a project. As for the exposed cases, i.e. relocation of Armenians from Lebanon to Azerbaijan’s territories being under occupation, this is a blatant violation of international law and norms. Everybody understands this very well. People in Armenia also understand that this step taken by them contradicts with international law”.

In the opinion of the Russian military expert, the cases of relocation of Armenians from Lebanon to Nagorno Garabagh being under occupation are integral part of Armenia’s propaganda: “I think great financial resource is necessary for implementation of this project. There is no great amount of money in Armenia’s budget. The country lives through deep financial and economic crisis. On the other hand, coronavirus has also paralyzed Armenia’s economy. It is possible that such statements are voiced by official Yerevan from propaganda viewpoint. But the possibility of implementation of this project equals to zero currently”.

I. Korotchenko said the exposure of the cases of implementation by Armenia of the policy of settlement on the Azerbaijani territories is an indicator of the non-constructive stance taken by this country in the negotiations regarding settlement of Nagorno Garabagh conflict: “Therefore, the chances for settlement of the conflict have decreased. A chance will appear in case if Armenia gives up its non-constructive policy, and at least withdraws from five regions surrounding Nagorno Garabagh. Just this may become the main decisive factor in settlement of Armenia-Azerbaijan conflict. There is yet a little chance for this to take place. There are several reasons for this. Firstly, Pashinyan is not ready to realize this scenario and will not do this. And secondly, there are no political and economic pressures on Yerevan. The understanding of the existing reality by Armenia is not possible without economic and political pressure. And the third point is that Azerbaijan doesn’t benefit to proper extent from capabilities of international experts’ community in order to deliver to the world public the true information regarding the situation around Nagorno Garabagh conflict. The causes of initiation of Nagorno Garabagh conflict, the true information about today’s situation around the conflict should be delivered to the world public. The efforts of Azerbaijan’s Ministry of Foreign Affairs alone are not sufficient, the direct dialogue with international military and political experts’ communities is necessary”.